Why was the founder and owner of Hong Kong’s Apple Daily arrested? 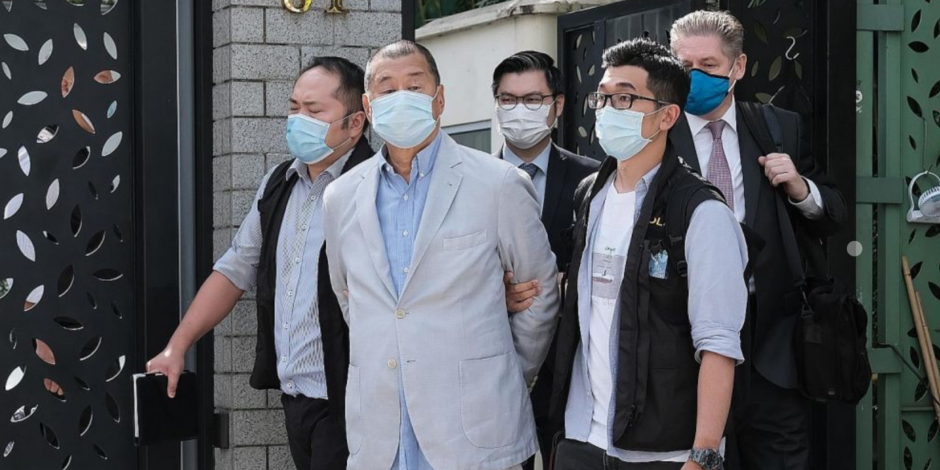 Aside from Jimmy Lai, his two sons and four senior staff were also arrested. Cheung Kim-hung, chief executive of Next Digital, Apple Daily’s parent company, and chief financial officer and chief operating officer Chow Tat-kuen were also among those arrested.

Lai is a staunch supporter of anti-government protests in Hong Kong and has been previously arrested for joining demonstrations calling for democracy from China. He founded the retail chain Giordano in the late 1980s before launching Apple Daily, a tabloid-style paper that is strongly anti-Beijing and anti-government.

After the arrests were made, more than 200 police officers raided the newspaper’s headquarters for more than nine hours. The officers also inspected the paper’s newsroom on the second floor, leading to criticisms for failing to uphold media freedoms

Why did this happen?

- Lai was arrested “for collusion with a foreign country, uttering seditious words and conspiracy to defraud” weeks after Beijing imposed a new national security law banning acts of secession, subversion, terrorism and collusion with foreign forces.

- Lai visited the United States in 2019, where he met US vice president Mike Pence and secretary of state Mike Pompeo.

- The newly established national security unit by China under the Hong Kong police force said a month-long investigation had found three of the suspects had been involved in a group to call for sanctions against Hong Kong by foreign countries, while others had helped them channel money in through an overseas bank account.

- A spokesman for the Hong Kong and Macau Affairs Office in Beijing said it “resolutely backed” the police’s action to arrest Lai and his colleagues and sons, labelling them as a “faction that subverts China and stirs chaos in Hong Kong”.

- The spokesperson said: “Lai brags about fighting for America arrogantly, taking part to plan, organise and initiate a raft of unlawful resistance movements, using his media to create and spread rumours, inciting and supporting violence, and providing funds for those advocating Hong Kong independence.”

What are the reactions?

- Readers queued from the early hours the day after the arrest to get a copy of the pro-democracy paper.

- The company shares finished higher on Monday after the arrest as opposition activists and Apple Daily supporters urged a show of solidarity with the company by buying its shares.

- A spokesman for British Prime Minister Boris Johnson expressed deep concern, saying “the arrests further evidence that the national security law is being used as a pretext to silence opposition.”

- The Hong Kong Foreign Correspondents’ Club described the police action as “a dark new phase in the erosion of the city’s global reputation”.

The importance of tone of voice for brands

Brand marketing in a crisis: why you should be loud

Gaming, it’s all about the mums. But are brands listening?

The future of brand safety is context and greater customisation, says DoubleVerify