Why are brands trying so hard to be weird?

For a while now, brands have been behaving like our clever, smart-ass friends: talking to us in the first person, going heavy on the gifs and memes, obsessing about products and pop cultural moments with in-jokes and archness, the way we do in our private group texts. 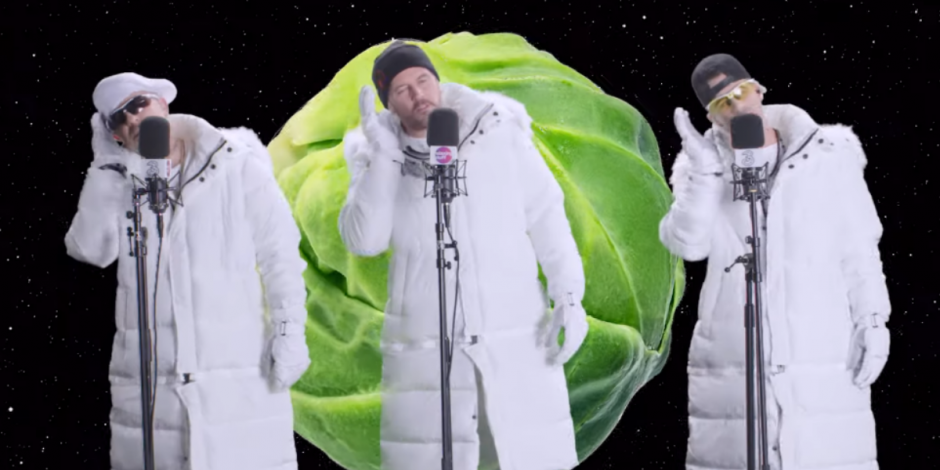 Recently, though, in an attempt to speak our language even more fluently, they’ve begun posting content that is at best head-scratching, and at worst utterly nonsensical. They’re being weird.

Fast food brands jumped on the trend early. Remember Denny’s mocking customers who buttered their pancakes by picturing butter as a revenge-seeking butterfly?

But lately, the trend has been migrating to other consumer verticals.

Then there was Spotify, which released a toxic haze-themed playlist in Southeast Asia inspired by record air pollution levels there.

For starters, digital-driven satire is having a moment, and weird content dovetails with that trend. New parodies, product drops and oddball websites that seem to exist for no other reason than to send up some aspect of internet culture are popping up all over the place.

Exhibit A: customized Air Max 97s with soles containing “holy water from the River Jordan” from the Brooklyn-based creative collective MSCHF. In this context, when sparkling water brand Recess shares this hypnotizing video to its Instagram account of a thick toothpaste-like substance being squeezed from an unknown source, what at first might seem strange makes sense as a send-up of the ASMR videos proliferating online.

The content is understandable, in other words, as long as you’re in on the joke.

Another reason weird content is having a moment is simple: it stands out.

Distinguishing your brand and getting noticed – especially by a younger audience – has always been challenging. But in an insanely competitive media environment of fractured attention spans, overwhelmed audiences and #overit, brands continually have to push the envelope just to survive.

They’re already behaving like our BFFs – ones we encounter alongside our IRL friends and influencers in our feeds (like, say, YouTube star Emma Chamberlain, who regularly indulges her inner weirdo for her nearly 9 million followers). So, the idea of responding to bizarre content doesn’t require much of a leap.

But the trend is flourishing for a third, perhaps less obvious reason: language acts as a signaling mechanism and taste arbiter.

In this context, getting weird has a ton of value for brands, because it telegraphs to the consumer: this brand gets me, and therefore I trust that the product or service it is offering will get me as well. For the right audience, then, weird content functions as a kind of instant shorthand, indicating to that audience that the brand shares its sensibility and is therefore deserving of its time, attention and money.

Case in point: late last year, when Netflix asked its Twitter followers about their sex habits, the question not only struck a chord among those aware of the meme it was referencing but also stirred up OMG-level excitement online. That’s because most brands wouldn’t dare to go near such provocative content.

What better way for a brand to show its fans that it knows how to speak their language? And for a company whose survival depends on matching the right content to the right audience, that message was about as on-brand as it gets.

So will this trend continue to proliferate? Or is it simply a blip – or worse, an embarrassment, like the feed @BrandsSayingBae once immortalized?

As long as the content is seamlessly integrated with the overall brand positioning, it can work.

If it isn’t, it will feel gimmicky, and instead of cutting through the noise, it will simply wind up contributing to it.

Retailers warned not to hike prices in response to coronavirus demand

10 things I loved about February; Apple, Hermes, TikTok and more

The easiest (and least scary) way to automate your marketing

The programmatic TV dream is edging closer to reality

Why brands need to design for human emotions