Prizeology client, Haribo, has launched its largest ever on-pack promotion. Celebrating 25 years of Starmix, the promotion gives consumers the opportunity to win a prize once an hour for six months. 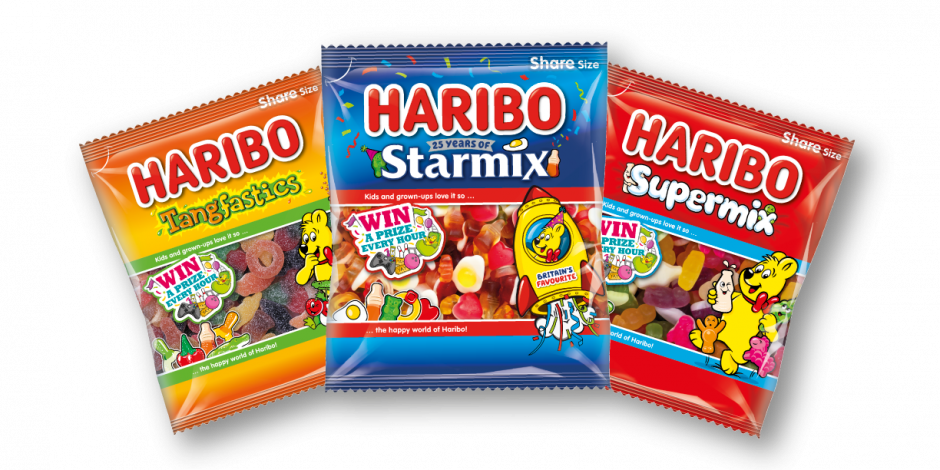 Featured on share-size bags of Starmix, Tangfastics and Supermix, the promotion opened on 3 February and closes on 26 July. There are 4,200 prizes available, including Xbox games consoles, activity tickets and board games. However, in a grand prize draw that runs until 31 October, one lucky entrant will also win a 10-night holiday to the ultimate playground Florida.

Sarah Burns, managing director of prize promotions specialist, Prizeology, said: "Haribo is an iconic brand and Starmix is an iconic product – a product I can confidently say everyone in the office loves – so it was fantastic to be able to create this significant promotion. Haribo wanted a prize promotion that was ‘playful’ and I believe we’ve achieved that."

Starmix, which was launched in 1995 and celebrates its 25th birthday in 2020, is Haribo's best-selling product in the UK and 87 million bags are sold annually. It consists of a mix of five instantly recognisable gummy sweets – fried egg, ring, cola bottle, bear and heart-throb gummy - and was named Britain’s number one favourite sweet in 2019’s Channel 5 TV programme, Britain’s Favourite Sweets.

Prizeology runs prize promotions for brands, business and other agencies, in the UK and abroad. It handles all aspects of prize promotions, including end-to-end strategic solutions, and employs a wide range of promotional mechanisms. It also supports planned activity around brand activations or experiential marketing campaigns.

The programmatic TV dream is edging closer to reality

Market reverses course, finishes the week on a positive note