Mastercard is preparing to revive all five senses with an ambitious installation that brings three distinctive restaurants from around the world to New York City.

The latest iteration of the long-running “Priceless” campaign establishes what the brand calls “an international culinary collective,” recreating in immaculate detail and the experience of visiting restaurants that had offered a singular dining experience.

The first three culinary destinations to take up residency at PRICELESS include The Rock from Zanzibar, Tanzania, Teruzushi from Kitakyushu, Japan and Lyaness from London, United Kingdom. The PRICELESS rooftop at Spring will also host a global food experience expertly curated by Chef JJ Johnson.

From witnessing Chef Watanabe’s maverick style of sushi making, to dining at the exact replica of the fairytale restaurant perched on a rock in the Indian Ocean, to relaxing with cocktails by famous mixologist Ryan Chetiyawardana of Lyaness fame, the culinary adventures at Priceless have been created and curated with meticulous attention to detail.

A bespoke sonic branding concept featuring custom tracks captures the essence of each signature location – including the sound of Chef Watanabe’s sword blades, the Indian Ocean’s tide rising and falling at The Rock, and the ice cubes dropping in the highball glass at Lyaness – while weaving in the Mastercard sonic identity. This combination will create a unique ambient sonic DNA for each restaurant in residence and throughout Priceless. 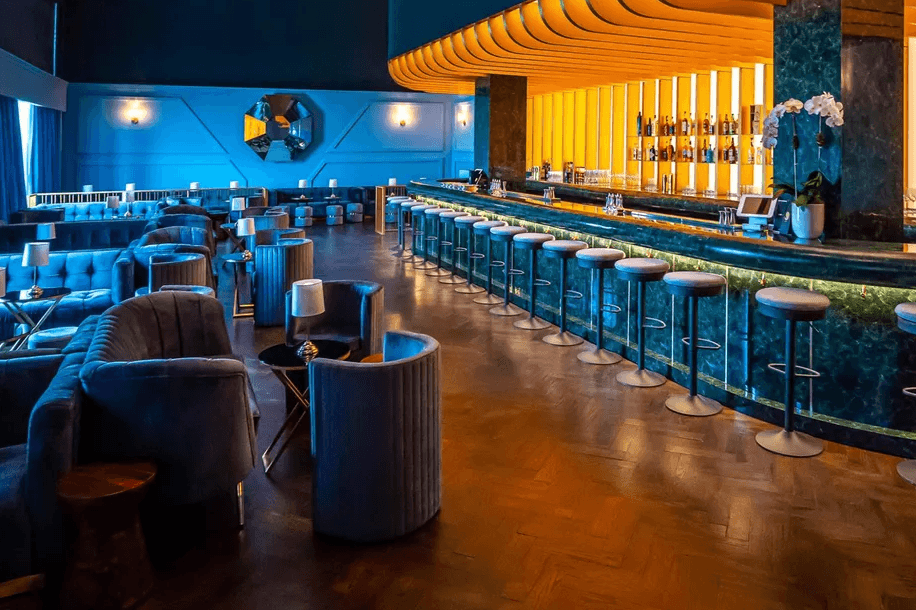 Through this unique partnership with Mastercard, we are building on Spring’s track record of producing amazing restaurant collaborations. This Culinary Collective will be our most ambitious food experience to date, recreating a series of restaurants in immaculate detail and delivering fabulous far-flung food experiences right to your doorstep in Manhattan.

The Rock – The Rock is a remarkable restaurant off the coast of Zanzibar and at Priceless, it has decided it has been brought to life through every small detail. Diners will smell the ocean air rich with moss and beech wood, hear the waves and take in the views captured from the original restaurant, while experiencing the same impeccable service.

Lyaness – Famed for its focus on exploration and experimentation, Lyaness comes from the team behind Dandelyan, which was voted World’s Best Bar in 2018. The Lyaness at Priceless will be an exact duplicate of the original London hot spot.

Teruzushi – Maverick chef Takayoshi Watanabe is known for his talent to redefine the dining experience through exceptional ingredients, innovation and his signature theatrics. Watanabe prepares his dishes with a long 70 cm blade featuring an aggressive curve that significantly affects the texture of the sushi and lends to a theatrical element of showmanship in this “sushi theatre.” Watanabe will temporarily close its doors in Japan to bring his signature style and his exotic blades to this 12-seat culinary theater in the heart of Manhattan.

An International Culinary Collective builds upon Mastercard’s focus on curating exclusive culinary experiences that began with the introduction of Priceless Tables. Mastercard has hosted PRICELESS Tables across the globe in landmark locations such as top of a billboard on Times Square, in the Museum of Natural History, at the Christ the Redeemer in Rio and atop Palazzo Beltrami overlooking the Duomo in Milan. Mastercard has also long partnered with some of the most pre-eminent global chefs. Recently, it opened Bistro by Mastercard, a place for more discerning travelers to have a sit-down meal at Rome’s Fumiciano airport.

Food is a universal language we all understand, serving as the underpinning for bringing people and communities together. It’s been a tremendous opportunity to partner with Mastercard who is focused on continually creating new and unique culinary experiences that foster that communal spirit. PRICELESS takes that to an entirely new level, delivering sensorial dining while enabling guests to travel from the rooftop Global Market to the middle of the Indian Ocean, and from London to Japan.

Teruzushi was established around the premise that we provide an experience you can only have in our restaurant. In order to bring that here to PRICELESS we literally closed our doors in Kitakyushu and headed here to New York with our full staff in tow to ensure we could deliver on that promise and bring the tradition of Kyushu sushi to life for guests through dishes that stimulate the five senses.

The importance of tone of voice for brands

Brand marketing in a crisis: why you should be loud

Gaming, it’s all about the mums. But are brands listening?

The future of brand safety is context and greater customisation, says DoubleVerify