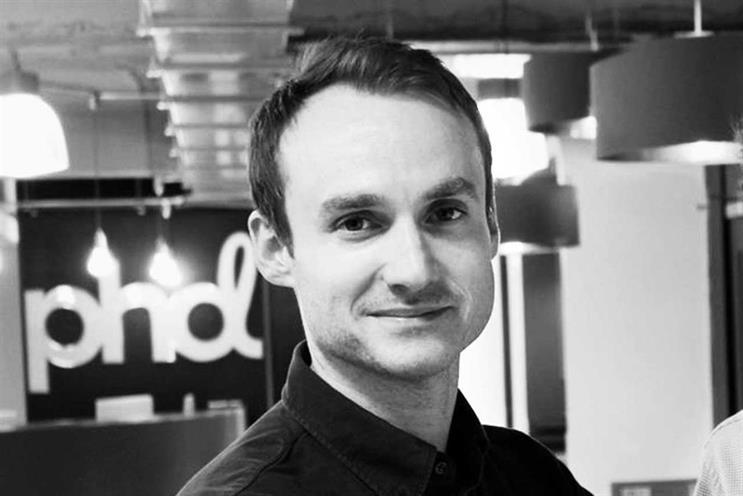 Florence, known to friends and colleagues as "Flo", will join the digital creative studio in June as global head of planning.

He is widely acknowledged as one of the UK media industry's leading strategists, having topped Campaign's Top 10 media planners list for each of the last four years. Florence was also awarded Media Planner of the Year at Campaign's 2019 Agency of the Year Awards.

Florence said: “The opportunity to work in a world-class innovation agency with a truly pioneering digital spirit and help take Gravity Road to the next level was an irresistible challenge for me.”

The move ends a 13-year stint at Omnicom for Florence, who joined PHD as head of planning in 2014 after working at sister shops Manning Gottlieb OMD and TBWA\London. He previously worked at Vizeum and Carat in more junior planning roles.

The company’s key areas of focus are the high-growth sector of tech brands, as well as direct-to-consumer brands, which may require fast delivery of creative content, often as a complement to their in-house capabilities.

It also recently launched a gaming and esports practice, led out of its New York headquarters, which Gravity Road cites as an example of creative and media becoming inseparable disciplines.

Gravity Road co-founder, Mark Eaves, said: “Media is increasingly about orchestrating a digital experience end-to-end. But if you don’t have access to leading tech and data sciences, you’re not going to be able to take full creative and commercial advantage of that.

"As part of You & Mr Jones, we have the technology platforms, process and people to deliver end-to-end at speed. And now, with Mike’s experience across global brands, we have the addition of his unique talent and leadership as we broaden our strategic capability.”

Meanwhile, Gravity Road's head of insight, Duncan Snowden, is taking on the newly created role of head of growth marketing and data. Part of Snowden's remit is the social commerce unit, which Gravity Road has singled out as a particularly strongly growing area of the business over the last year.

PHD UK chairman, Hugh Cameron, added: “Flo has done an amazing job at PHD and we have all had such an enjoyable and successful time working together. Occasionally, though, great talent makes a career move which makes complete sense, and Flo going to Gravity Road is one of those.”

Amazon’s share of US digital ad market edges past 10%

LG brings curtain down on mobile phone business after 15 years

P&G’s Marc Pritchard: ‘If you want to see the future of marketing, look to China’

Pepsi launches Peeps soda: you want it, but you might not be able to get it

Why brands should enter the esports space with a purpose

Vice and Refinery29 to launch localised platforms in Australia

People on the Move, including new hires at TSB, Grey New York and Teads