After postponing last year’s event due to the pandemic, Cannes is back with eight different themes exploring innovation, developments and best practice. The first of which – Creativity IS the Business Growth Engine – investigates how creative thinking is an essential driver of growth. With two Cannes Lions to their name, Jaywing’s senior creative team Matt and Dan offer their thoughts on how creativity can supercharge the growth of your brand. 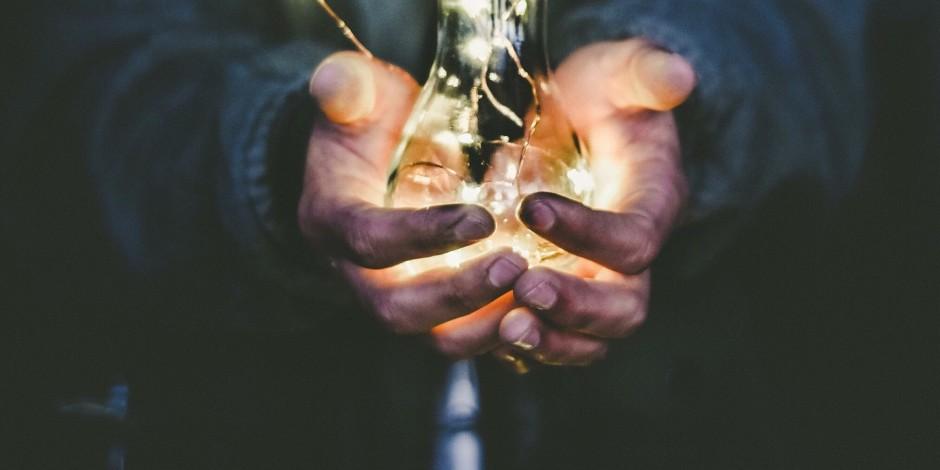 Creativity can be seen as a nice-to-have, a luxury that’s often first to be cut when the sales chart dips. That’s partly a result of creativity’s illogical nature – where other areas of business benefit from repeating what worked before, creativity often only works by doing something that’s never been done. As a result, it’s seen as a risky investment, when nothing could be further from the truth.

To make the business case for creativity, here are three campaigns we’ve worked on that delivered an ROI – as well as an award or two.

A good test of whether your creative is about to break new ground is by the slightly nervous and unsettled feeling you get in the pit of your stomach – is this too simple? Too brave? Too brutal? It’s a feeling we’ve certainly felt a few times before, and none more than before this ad for Harrison’s Fund went out. To be honest, we were shitting ourselves.

Alex, the client and also Harrison’s dad, came to us with a simple brief. His son had Duchenne muscular dystrophy, a devastating disease that causes the body’s muscles to deteriorate. Most sufferers are in a wheelchair by 12, and dead by 20. It has a 100% mortality rate.

He’d been given a quarter page in a newspaper that he needed an ad for. Our response was to tell the truth, no matter how hard that was for people to hear.

It was hard enough to put the idea forward to Alex, so for him to put it in the national press showed bravery beyond measure. That bravery was rewarded with more free media placements in more newspapers, invitations to be on BBC News and over £100,000 in donations. And, most importantly, more awareness of a disease that nobody should have to learn about.

The lesson? Be brave, tell the truth.

Everybody had heard of Klarna. Millennial pink, Snoop Dogg, cool as. Job done, right? But in the UK, despite massive awareness, no-one knew what they did. In their first UK campaign, they tasked us with getting people to actually use their service by communicating their buy now, pay later offering while also showing off their massive list of retail partners.

Our response was to use the super effective (but seldom used) technique of rhyme. By subverting a common phrase, we gave Klarna a shortcut into the brains of everyone who knew it. The campaign ran and ran, with massive media buys helping to drum the simple rhymes into people’s heads. In fact, it was so successful that I saw it on a bus last month, a couple of years after we wrote it.

The lesson? Communicating your offer should never be dry and boring – unless you’re a Jacob’s cracker.

Builders work in a tough, busy trade. It’s a hard job, and frankly applying sun cream isn’t top of their list of priorities. This is one reason why skin cancer from working in the sun kills one builder a fortnight (they’re one of the most at risk groups in the UK).

We knew that a campaign to get them to wear suncream was the right thing to do, but getting them to listen wasn’t going to be easy. So we talked to them in their own language by creating Tradesman’s Suncream – a suncream designed for builders, packaged in paint pots, and given away free at Wickes stores.

The cost was a few sample paint pots, a big tub of factor 50 and a bit of legwork. The result was huge free media coverage for Wickes, getting their name in highly relevant targeted media from The Sun to the trade press and a promotion on Absolute Radio. It showed that Wickes understood and cared about their target market. And, most importantly, it got life-preserving suncream into the hands of builders across the UK. Win win win.

The lesson? Builders love an early start, as we discovered when handing out pots at 5am.

Hopefully that goes some way to showing how creativity can grow awareness, grow sales and grow relationships with your customers. But creativity on its own can only go so far without the chutzpah of a good client. So be brave, and embrace creativity and that tingly feeling in your stomach – the best ideas are always scary. But not as scary as having to explain why you haven’t hit those sales figures.

Matt Eastwood and Dan Madden are senior creatives at Jaywing.

Snapchat doubles down on its advertising offer, but will brands bite?

Business on the Move, featuring Aviva, Ribena and The Black Farmer

Ones to watch: which brands are defining mobile marketing today?

KFC ad cleared of scraping the bucket with ethnic stereotypes

Business on the Move, featuring Oddbox, Shutterfly and NHS Resolution

The less voters hear from Donald Trump on social media, the more they like him