Given its modern, clean and fresh image, it might surprise some to hear that Ecover is essentially geriatric in eco-brand years. Now in its forties, the “Tesla of eco-friendly products” – as it is dubbed by its creative agency Uncommon – has been leading the way in innovative cleaning product design for decades. 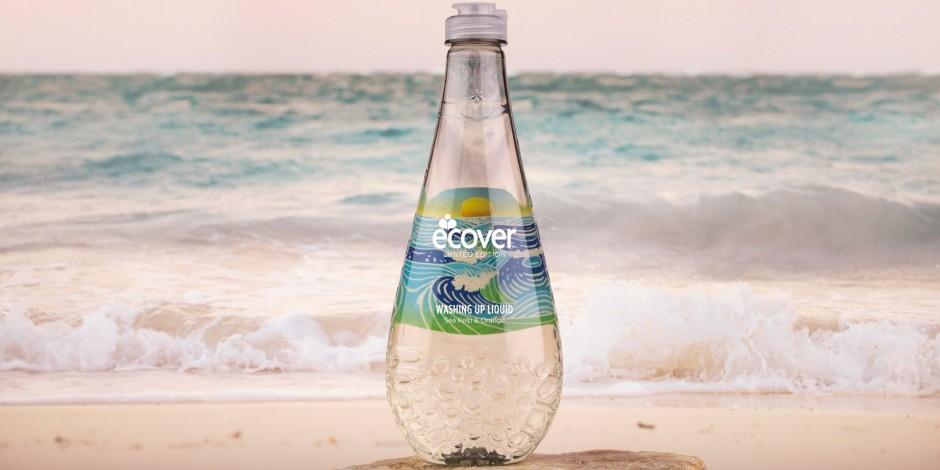 As the green market gets crowded, Ecover is doubling down on brand innovationBut in its more recent history, big multinational companies and smaller, more niche brands have started to close in on its market, testing the resistance of the eco-pioneer.

Undaunted by the competition, Ecover's head of brand, Sara Mendez Bermudez, tells The Drum the increasingly congested space is spurring the company on to solve environmental issues. And she hopes newly-appointed Uncommon will help it gain the fame she believes it duly deserves.

As the environmental movement grows in prominence, concern over climate change has given rise to green consumerism – a burgeoning market that brands from all backgrounds are keen to tap into.

The green sector, which has been dominated for years by eco-centric brands that position the environment at their core, is now being disrupted by larger companies like Unilever who are keen to get a slice of the eco-pie.

Ecover sells a range of phosphate-free cleaning products that reduce the environmental impact of cleaning agents. Now it's beginning to feel the strain from rival brands selling eco-friendly cleaning products.

“Our biggest challenge is that everyone is realising there is a general trend of consumers getting more conscious and aware,” Bermudez explains. “Which means others are shifting into the space.”

She says that in terms of competition, Ecover is sandwiched between big multinational “toxic competitors” and “more niche, newer, independent e-commerce brands”.

Another challenge the brand has faced is an identity crisis. Bermudez admits that, in the past 10 to 15 years, the company has lost its way a bit.

After Ecover acquired rival eco-brand Method in 2012, both were snapped up by S. C. Johnson & Son's in 2017. The move resulted in a boycott at the time because the US company that acquired the two openly admitted to testing on animals, as well as owning a whole range of other non-eco products.

Ecover’s authentic brand image took a hit, which didn’t help it regain the relevance it lost in conscious consumers' eyes in the years before.

“There was no emotional connection or relevance with consumers,” Bermudez says. “We’re on a mission to build back the brand to make it more relevant to consumers again, which means bringing back its rebel spirit.”

Since the backlash, Ecover has reintroduced the brand with an authentic voice, to steer it back to its eco-heritage.

Last year, in a bid to drive appraisal of the brand amongst conscious consumers, Ecover launched 'Let's Live Clean' - a 'Clean World Revolution' that encouraged the UK to ditch their current washing up bottles and join the war on plastic pollution.

To bring the campaign to life, Ecover launched the Rubbish Café - a two-day pop-up experience - in London's Covent Garden. To educate consumers about their use of single-waste plastic, customers were invited to pay for zero-waste food with plastic rubbish.

Now Uncommon has been brought in to help Ecover stay ahead of the curve in terms of green-innovation and to re-establish its challenger brand status by unleashing its gangster side, which has lain dormant in recent years.

Eco-innovation at its core

“Ecover is a bit like Tesla, they've set the benchmark for everyone else,” says Uncommon co-founder Lucy Jameson. “They are really good at experimenting with new things.”

Ecover was born in 1979 when a bunch of hippy Belgian scientists were alarmed by the damage that phosphates from cleaning products were having on waterways and aquatic life.

Recognising that there should be a cleaner solution, in 1989 its first box of washing powder hit supermarket shelves across Belgium and a new market for alternative cleaning products was born.

Since then, the company has built the world’s first “ecological factory” in Belgium, created eco-surfactant for its range of hard surface cleaners that use sugar fermentation instead of petroleum and in 2011 unleashed 100% recyclable plastic bottles made from sugarcane instead of petroleum.

“We’re looking at the space and thinking what different products and innovations we can bring to it," Bermudez said.

But Ecover doesn’t only intend to break into other products categories. It's focused on how the materiality of its products and how every element of the supply chain impacts the environment.

The brand and its agency have also been making refills a reality in-store.

Other than helping Ecover on its overall tone and visual identity, Uncommon is looking into a couple of products the brand is launching in September that use bi-products in the products themselves – not just the packaging.

Jameson feels it is a virtue of Ecover's size that it is able to experiment as much as it does. "It's not like a Unilever type approach where it can take up to three years to do something and you have to do it on a crazy scale," she says.

Instead, Ecover is more versatile at experimenting with new things, and trialling them via limited edition runs.

"They're much more like a modern, Silicon Valley green tech company in that they are permanently exploring stuff," Jameson says. "They will always be one step ahead as there will always be an issue that needs solving – there are a lot more windmills for them to go after."

“What they need is fame,” explains Jameson. “Not enough people know about them, or how good they are. It’s a low-interest category.”

Since winning the account in April, Uncommon has been working on Ecover’s overall tone and artistic direction, fitting it with a more punchy approach so that the brand gets noticed, in a relatively mundane and run-of-the-mill sector.

Uncommon’s brief is to produce creative that cuts through to drive fame, impact and excitement while supporting Ecover’s position not just as a category leader but as a thought leader.

The humorous ad played on the ‘insight’ that nothing smells as good as babies by creating a gender-neutral fragrance that smells like newborn baby, and introduced Ecover’s new brand voice; quirky and funny, inviting not authoritative.

Bermundez said the ad has received the highest social engagement in the sustainable cleaning brand’s history.

Despite competition within the green market, Bermundez hopes there will be no competitors. This is because she wishes that, in the future, every product on the market will have green, sustainable roots.

“For me, I hope there is not a question of ‘do I buy green or do I buy something else,’ you just buy green,” she said.

And as such, in five years time, she envisages that Ecover will not be identifiable as an ecological product, but what she calls a “modern living” brand.