The Asian Food Network has used some of its top talents to help create recipes with a twist, using plastic to show the plight of animals harmed by human waste. 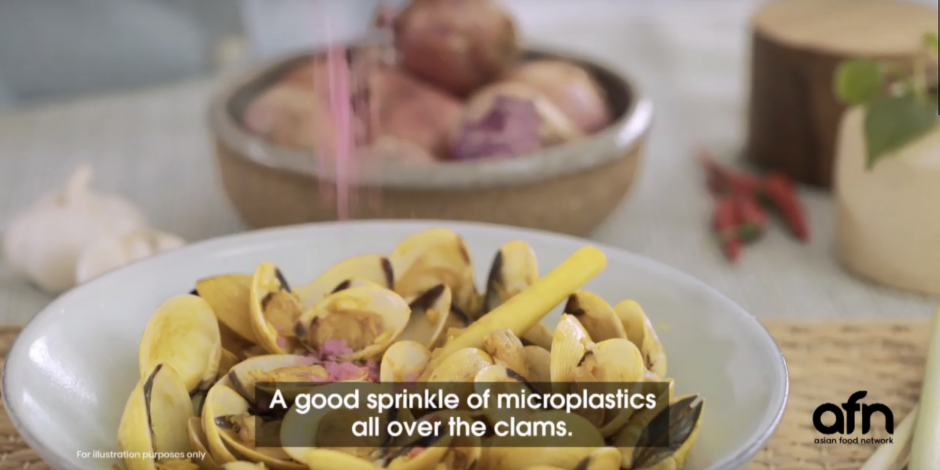 The food channel has partnered with wildlife charity WWF to create a series of recipes that feature surprising ingredients, like shredded plastic cups.

The idea behind the campaign is to shock foodies into having a better understanding of the damage plastic is causing, forcing people into thinking about what they can do to save the environment.

The ads are part of an ongoing campaign called ‘You Plastic Diet’, which aims to promote a treaty around plastic pollution, led by the WWF.

Says Kim Stengert, chief of strategic communication and external relations at WWF-Singapore: “The only way we are going to stem the flow of plastic into nature is at a global level, a Paris Climate Agreement, but against plastic pollution. From the G20 to the UN Assembly, the ‘Plastic Diet’ is now a constant reminder to policy and decision-makers everywhere that urgent action is needed, and that over 1.6m people from 180 countries are counting on them to agree on a globally binding treaty on plastic.”

Commenting on the collaboration, Graham Drew, executive creative director of Grey Malaysia: “It’s hard to think of a better partner to highlight the fact that plastic is now in almost everything we eat and drink than Asia’s largest food network, it’s brilliant to have their support. Your Plastic Diet reveals a shocking truth, but importantly gives the public an active role in making the changes the world’s governments need to make.”

GDPR: How brands could benefit from ‘common-sense reforms’

Advertising talent must collaborate to take on national emergencies