Hull-based broadband provider KCOM has launched a new integrated brand campaign which celebrates the community spirit of the people in Hull and east Yorkshire during lockdown. 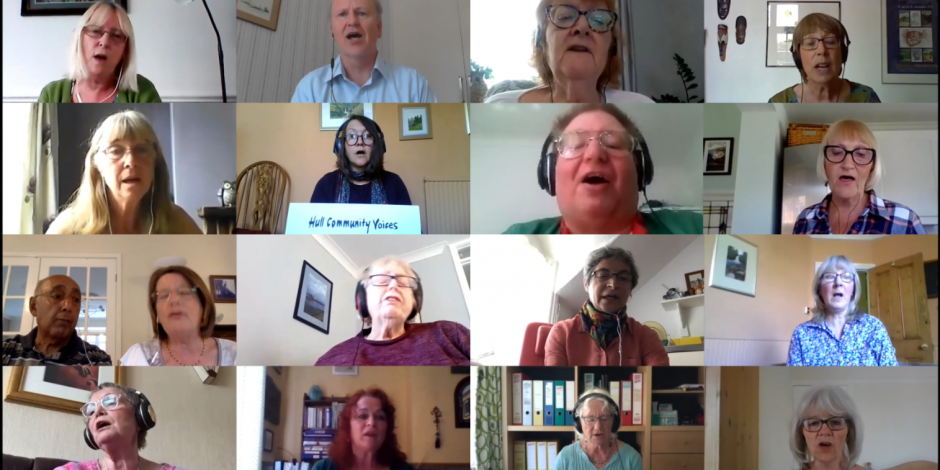 The ‘Bigger than broadband‘ campaign (below), conceived by Jaywing and produced by Chief, marks the brand's debut TV appearance in its 116-year history and was produced in two weeks under strict lockdown measures.

The 60-second TVC ad tapped into the optimism around lockdown restrictions beginning to lift and also shares KCOM’s pride in its engineers and customer service colleagues who have been key in maintaining its network and keeping households and businesses connected throughout the pandemic.

The ad track, Caravan of Love, which was a number one hit in 1986 for Hull band The Housemartins, is performed by the Hull Community Voices Choir and was recorded and edited over individual Zoom calls. The voiceover of actress and Hull native Lucy Beaumont builds on the brand’s ethos of ‘better sourced locally.’

KCOM is the leading broadband provider in Hull and the wider East Riding area. In 2019, the company completed the rollout of an £85m full fibre network to make Hull the UK’s fastest broadband city.

The company has since announced a further £100m investment to connect tens of thousands more properties across east Yorkshire and north Lincolnshire. The campaign aims to raise awareness of the brand and create a positive sentiment throughout its expansion. It also promotes KCOM’s cheapest ever unlimited full fibre broadband offer, which contains a range of deals across TV, radio, digital and direct mail activities - which launched June 5.

Steve Clayton, head of marketing and digital at KCOM, says: “We wanted the ad to reflect what we have learned through this unprecedented period – that communities who are connected are stronger – and to express our pride in being part of the Hull and east Yorkshire community.

“We’re delighted with the end result, which achieves this while also giving us the opportunity to say thank you to key workers across the region – including our own people who have worked day and night to keep our customers connected.”

Stores may be reopening, but brands shouldn’t put e-commerce back on the simmer

The ‘in-house influencer’: How brands are creating influencers with digital hustle culture

How TikTok thrived during coronavirus and will it last?