Pepsi’s obsession with pop culture is by no means new. However, its marketing chief has spent his first year in the top job finetuning the strategy to make sure the conversations the brand now enters are measurably valuable, and appropriate. 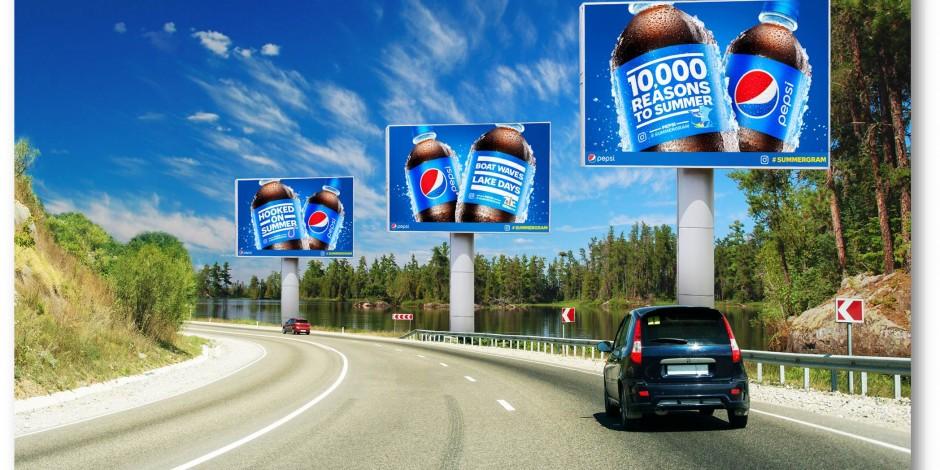 Pepsi kicked off its #Summergram campaign in North America

If you see Todd Kaplan, Pepsi’s vice-president of marketing, strolling down La Croisette in Cannes, don’t ask him about the Kendall Jenner ad.

Firstly, he had nothing to do with it – the marketer took on the top colas role at the company in August 2018, 16 months after the retracted commercial was first aired.

Secondly, given that his PR team categorically asked The Drum not to bring it up one hour before our interview with him began, it’s likely that he won’t appreciate the reference.

Thirdly, and most importantly, Pepsi appears to have learnt its lesson regarding the misjudged appropriation of the zeitgeist, even if it won’t explicitly say so.

This doesn’t mean it’s now shying away from culture – in fact, Kaplan is adamant the joyfulness associated with its popular form is central to the brand. Pop culture is part of its historic fabric, he argues – from the dawn of ‘the Pepsi Generation’ in the 60s, to Michael Jackson’s near-fatal endorsement in the 80s, to the $50m Beyoncé campaign of the 00s.

The Jenner ad, now infamous for depicting a non-descript protest at the height of the Black Lives Matter movement, also tapped into the Pepsi’s preference for casting of-the-moment celebrities. It was the context of the script that failed to land.

So now, Kaplan is pushing his teams to hinge every piece of work they produce around what is trending in the world around them, but with an awareness of where the brand can and should play.

“One of the things I've tried to instill in my team and our agencies is this notion of trying to think about things as ‘culture in’, versus ‘brand out’,” he told The Drum. “A lot of times marketers are very quick to just put their brand objectives on a brief and shout their brand's messaging ... without considering the context of the culture in which it's going into.

“What we're trying to do is really understand what's happening in culture first and foremost, and then take a look at what our brand's point of view is on that, based on what we know about our brand truths and how we would show up.”

A more defined understanding of Pepsi’s core consumer has helped with this strategy. Its customer hasn’t changed, per se, but Kaplan has looked at their profile “quite a bit” and labelled them with a few anecdotal descriptors.

“They have this mindset of somebody who likes to live out loud – they're more likely to clap at the end of a movie, cheer out loud at a sporting event,” he explains. “We've gotten very deep with understanding our consumer, which has been one of the big unlocks of really being consumer-first and consumer grounded in everything we do.

“We want to really celebrate them and help them live their lives more unapologetically and feel these moments of unapologetic enjoyment with them.”

Gunning for this YOLO-tastic consumer – while listening out for the most appropriate conversations to join – has led to some pretty fun creative from Pepsi. Its current campaign, #Summergram, is a partnership with Instagram celebrating the imagery of vacations and hot weather weekends with giant inflatables and music festival sponsorship. Meanwhile its Super Bowl ad, ‘Is Pepsi OK?’ from Goodby, Silverstein & Partners, was lauded for its self-deprecating script and genius casting of Steve Carell and Cardi B.

The company’s investment into data and media analytics has also helped Kaplan’s team tap into the right moments of the zeitgeist at the right time – particularly as the internet fragments the definition of ‘pop culture’ altogether.

“As a brand leader, we're always looking at the data and looking for new ways to measure and analyze our campaigns to drive the most effectiveness,” said the marketer. “We've always done quite a bit, to be candid, but obviously with the tools that are available today there's quite a bit of opportunity to continue to measure our effectiveness.”

With its multiple campaign executions, growing teams and forays into innovation, it would be difficult to accuse Pepsi of underinvesting in its brand. This investment in marketing, coupled with Kaplan’s formula for understanding what is pop and what is not, appears to be paying off: sales are up 4% year-on-year – the fastest growth in seven years.

Still, wedded to the idea of being the “challenger” brand in the industry, Kaplan is as interested in how Pepsi is perceived as he is in the growth of the trademark.

“As we look at 2020 ... we have a lot of really fun, bold and exciting things that are planned that I'm very excited about that I think we'll just continue to push the envelope and really infuse that challenger mindset while continuing to connect to culture. I'm really excited about what the future holds.”