It’s that time again, when we look back at the agencies, the brands, the organizations, movements and trends that have shaped the past year. In 2020 – a year so many of us would like to forget – our industry of problem solvers proved time and again that they have what it takes to muck in, help out, ask questions, shape cultures and change the world. It is them that we celebrate in our New Year Honors. 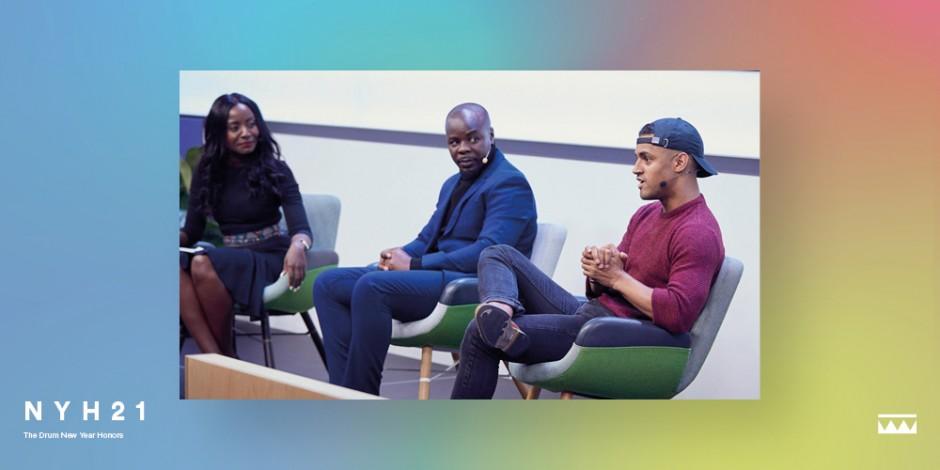 It’s hard to find an industry event where Christopher Kenna’s name isn’t on the speakers list – testament to his determination to go above and beyond to shout about the causes he cares about. Causes that have made Brand Advance – the first diversity-driven global media ecosystem – so impactful in a relatively short period of time.

To understand why Kenna set up Brand Advance, it’s important to go back to the very beginning of his story. When he was born on the Isle of Man, he was the first ‘official’ Black person to do so – and he has a certificate to prove it. At 16 he joined the army, and while posted in Germany he married and had two kids – a daughter, who is white, and a son who is mixed race. He was then discharged after an improvised explosive device in Iraq left him in a coma for eight weeks. After returning to the UK, Kenna came out to his family as gay.

It was his alarm at the differences in his children’s situation that led Kenna to establish Brand Advance, which aims to help brands reach diverse demographics at scale so they can serve his son as easily as his daughter. Established in 2017, the company now boasts Unilever, HM Government, Smirnoff, Amazon, Google and L’Oréal among its clients. And despite the pandemic, 2020 has been a particularly good year with ad spend through its network increasing 400% between mid-March and June.

One cause Kenna feels particularly strongly about is digital censorship caused by brand blocklists, and earlier this year he spoke about this at the annual Isba conference. To combat the issue, the team at Brand Advance took 500 publications and platforms that pull in a billion people each month and put them on another ad server, walling the garden to ensure everything with it was brand safe.

Kenna has also spoken widely on how brands can listen to the needs of the LGBT+ community and how to act on the lack of representation in advertising – and Brand Advance works to counter this. Since 2018, he has been a board direction of diversity and inclusion at the marketing and advertising lobby group Outvertising, leading on intersectionality initiatives.

He is also on the advisory board at the Victoria and Albert Museum in the audiences division, a member of the WFA diversity advisory board and director of industry bodies at the Conscious Advertising Network.

We’ll be celebrating all our favorite things about 2020 on thedrum.com between now and early January. Keep an eye on our New Year Honors hub to read more.

How can businesses learn from Kevin the Carrot?

2020 round-up – the year in brand marketing: empathy, activism and a global recession

What 2020 taught Ocean Outdoor CEO Tim Bleakley: 'The need to act quickly wasn't lost on us'

Brands lie. Are consumers ok with that?

The B2B trends marketers can count on for the next decade

Consumerisation to Covid: China’s top brands triumphed in a decade of radical transformation

Walking the walk: How brand purpose is hitting a whole, new level

Whether you’re a brand or an agency, standing still simply isn’t an option

Your B2B brand shouldn’t be agile, according to Maersk and LabCorp’s top marketers

Brands – maybe it’s time to stop pitching and reboot your agency relationship instead?

The future of DTC? Think like a lifestyle brand